Ship owners of the largest tankers, VLCCs have been witnessing some harsh market conditions, which have appeared to ease off, during the course of the past week. In its latest weekly report, shipbroker CR Weber said that “VLCC rates experienced upward pressure this week as owners’ confidence was boosted by strong demand in the Middle East and Atlantic Americas regions. The demand gains in these regions built on strong draws on Middle East tonnage to service West Africa demand over the past two weeks to moderate the extent of surplus Middle East tonnage”. 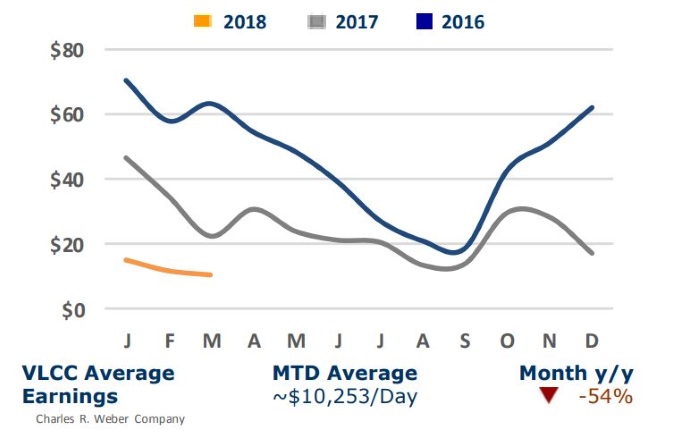 According to CR Weber, “a strong run in recent demolition sales activity also saw a number of units positioned between Singapore and Fujairah drop off position lists. Additionally, as charterers progressed into early April Middle East cargoes at the start of the week, about half of the units available to cover these were disadvantaged. As a result, those requirements that could not work disadvantaged units lent support to rates for competitive units; the gains did not extend to disadvantaged units and instead created a wider spread between the two tiers of tonnage. We note that the number of surplus units projected to be available at the conclusion of the first decade of the April program stands at 23. This marks a progressive decline from the 26 surplus units observed at the conclusion of the March program and the 33 units seen at the conclusion of the February program (which was a four‐ year high). Early indications suggest that surplus availability will continue to post modest declines as the April program progresses, which follows the recent rebound in demand in the Atlantic basin”. 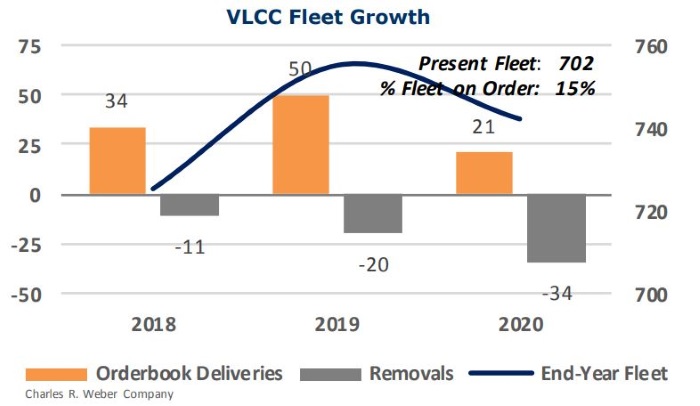 According to the shipbroker, “further demolition sales activity would also bode positively for owners by reducing the surplus further. As the market progresses into Q2, there are signs that a rebound in demand in the Atlantic basin and the corresponding ton‐mile and voyage duration gains which lead to slower return appearances of performing units on position lists will lend fresh, and potentially stronger, support to VLCC rates and earnings. Adding to potential positive pressures around that time, any abandonment by OPEC producers of their present quotas could deflate front‐month crude prices as a headline kneejerk reaction, but this negative crude price pressure would not likely extend to further forward months, creating a fresh contango structure. This could support a reopening of floating storage, particularly as floating storage prices would – at least initially – be quite attractive to the economics of such plays”, CR Weber noted.

In the Middle East, “rates on the AG‐CHINA route gained 8.5 points to conclude at ws45 with corresponding TCEs more‐than‐doubling to ~$13,707/day. Rates to the USG via the Cape gained four points to conclude at ws20. Triangulated Westbound trade earnings jumped 29% to ~$16,678/day”. In the Atlantic Basin, “rates in the West Africa market followed those in the Middle East. The WAFR‐CHINA route added 6.75 points to conclude at ws44.75. TCEs on the route rallied 55% to conclude at ~$15,673/day. In the Atlantic Americas, demand surged from a recent lull. Collectively, there were 11 regional fixtures, marking a strong gain from last week’s three. Among this week’s tally, USG loadings were at a six‐week high, account for three of the total. With the demand surge effectively narrowing the supply/demand positioning, rates strengthened. The CBS‐SPORE benchmark route added $150k to conclude at $3.25m lump sum”, CR Weber said. 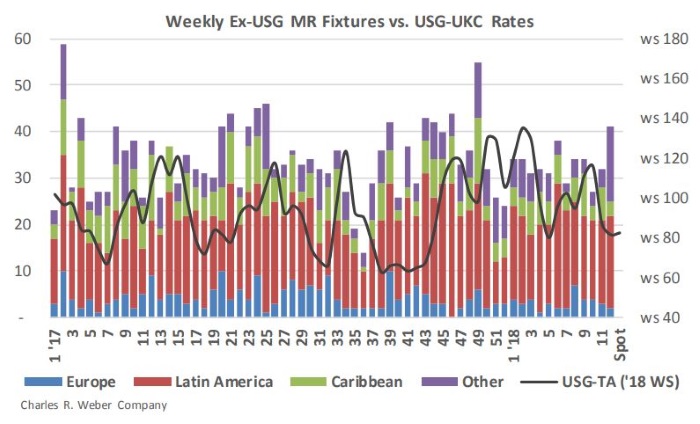 Meanwhile, “the West Africa Suezmax market continued its slide this week on a further slide in regional demand following stronger earlier coverage by VLCCs. The WAFR‐UKC route observed a loss of 2.5 points to ws55. Sluggish performance was also seen in the Black Sea market, where rates on the BSEA‐MED route lost 2.5 points to ws67.5. Rates in the Caribbean market were largely unchanged with the CBS‐USG route holding at 150 x ws55 and the USG‐UKC route steady at 130 x ws55”, said CR Weber. 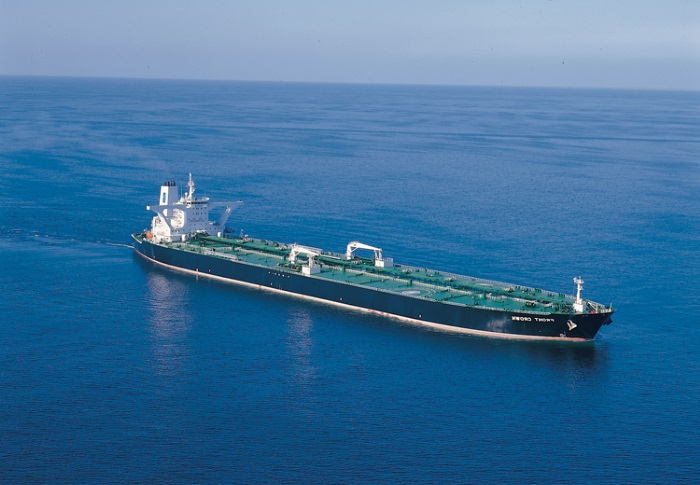 In the Aframax segment, the shipbroker said that “after commencing the week with rates at an effective floor, rates in the Caribbean Aframax market firmed at the close of the week on the back of a strengthening of demand at mid‐week. As available positions declined, owners were able to achieve incrementally higher rates and the CBS‐USG route ultimately concluded with a 5‐ point gain to ws100. Date sensitivity is also a factor behind the higher rates being observed, which implies that as charterers progress past the front end of the list further rate gains could be elusive”, it concluded.
Nikos Roussanoglou, Hellenic Shipping News Worldwide